The long wait is over and GAA county grounds are being prepared for the busiest spring in history as the Allianz football and hurling Leagues gear up for an earlier start and finish than ever before.

The big action in both codes begins on the 27th January and continues until Sunday, April 1st when the Allianz Division 1 & 2 football league finals will be played. It promises to be a hectic two months for competitions which continue to grow in stature and public appeal.

This will be the 26th season that Allianz are aboard as sponsors of the leagues, making it one of the longest sponsorships in Irish sport.

Five football games are on the agenda for Saturday week, with the remaining eleven on the following day.

Kerry ended Dublin’s five-in-a-row dream last April, winning the final by a point to take the title for the first time since 2009. Mayo, runners-up to Dublin in last year’s All-Ireland championship, take on Monaghan in Clones.

Kildare and Galway are the Allianz Football League Division 1 newcomers, replacing Cavan and Roscommon, who were relegated last year. Galway will play Tyrone in what will be the Tribesmen’s first game in Division 1 since 2011. Kildare return to Division 1 for the first time since 2014.

Ulster have the most representatives in Division 1, with Donegal, Monaghan and Tyrone flying the flag. Connacht (Mayo, Galway) and Leinster (Dublin, Kildare) have two each, with Kerry being Munster’s sole standard bearer.

Munster (Cork, Clare, Tipperary) lead the representation list in Division 2 with Ulster (Cavan, Down) and Leinster (Meath, Louth) on two each while Roscommon will fly the Connacht flag. Leinster (Offaly, Wexford, Longford and Westmeath) have four in Division 3 while Ulster have three (Derry, Armagh, Fermanagh) and Connacht (Sligo) with one. Leinster (Carlow, Wicklow, Laois) have three in Division 4, Munster have two (Limerick, Waterford), Connacht (Leitrim) and Ulster (Antrim) one each, with London completing the eight.

Commenting on the launch of the 2018 Allianz Football League, Seán McGrath, CEO Allianz Ireland said: “2018 marks the 26th year of our partnership with the GAA as sponsors of the Allianz Leagues. While on paper we are sponsors of the GAA, the reality is that we are partners in every sense of the word.

“I would like to take this opportunity to commend the GAA on their professional management and tireless promotion of the competition and look forward to another year of partnership.”

Uachtarán Chumann Lúthchleas Gael Aogán Ó Fearghail said: “2018 marks a special milestone in our longstanding support of Gaelic Games as we enter the 26th year of our relationship with Allianz as sponsors of our leagues.

“Over the course of this sponsorship, we have witnessed these competitions grow, evolve and develop at all levels and rarely, if ever, have the competitions generated the momentum they have in recent years.

“We look forward with great excitement to the opening of the 2018 season and to the years to come.”

The first round games are as follows:

ALLIANZ FOOTBALL LEAGUE: WHAT HAPPENED IN 2017 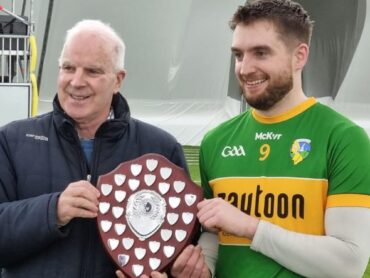 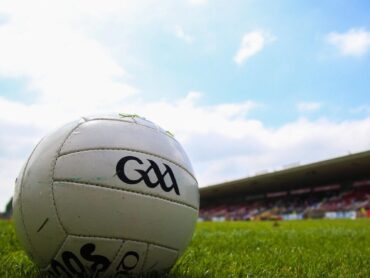