Join John Lynch on Ocean FM every Thursday at 9pm for a look at the latest from the farming, fishing and all the latest stories and issues affecting rural parts of the north west region. If you missed the show, you have a second chance to hear it on Sunday mornings at 9:30am

John Lynch has been working in the media industry for over quarter of a century.  John comes from a farming family in Arigna in north Roscommon and is well know from working in news, current affairs and sport since 1996 on Radio and TV.

John worked as Sports Editor with Shannonside Radio in the past and also works in a freelance capacity with the likes of Eirsport and RTÉ Radio as well as a number of local streaming services.

Agri Week February 18th 2021 01.18 Michael Fitzsmaurice TD on why the Government are intent on penalising the agricultural sector at every turn when it…

Debris from Dawn of Hope dumped on turf banks

Horrific dog attacks on sheep are a regular occurrence at this time of year.  With sheep now about to lamb, dog attacks can have particularly…

Running order for this week’s Show:   Time 01.08:       Roscommon/East Galway TD Denis Naughten discusses the possible payback of up to €40m by farmers under…

On this week’s Show:   1.16 The IFA President Tim Cullinan talks about the announcement by Minister Pippa Hackett where the EU has approved…

Farmers encouraged to use online sales amid Covid concerns

Farmers are being encouraged to continue to buy and sell their animals online where possible during Level 5 lockdown. It comes despite marts being allowed… 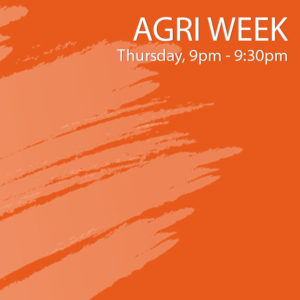 In this week’s Agri Week with Harry Keaney, we have interviews with: The new chairman of Aurivo Cooperative, Raymond Barlow, from Riverstown, Co Sligo. The…