Sligo Rovers had no answer to the pace, tempo and skill of Norwegian side Viking FK in Thursday night’s Europa Conference League first leg tie in Stavanager, as the hosts cruised to a 5-1 victory.

It was a dominant performance by the home team from start to finish.

The tie couldn’t have started any worse for Rovers.

First, they lost midfielder Adam McDonnell to an injury sustained in the opening 90 seconds of the game.

Then, Viking struck for the lead in the fourth minute when team captain Zlatko Tripic pounced on a rebound to fire to the roof of the net.

Four minutes later, it was 2-0 to the hosts – Friojonsson the scorer this time.

Then, Rovers defender Garry Buckley was stretchered off with a serious looking knee injury, which forced Rovers to re-jig things once again.

The visitors produced a couple of sporadic chances later in the half – but they were restricted to long-range opportunities from Aidan Keena, both of which went close.

However, a bad evening got worse after the restart – as Viking struck for a third to put the contest beyond all doubt through Nicolas Sandberg.

Two more goals followed in the second half for the home side to put the tie out of reach.

There was a small consolation for Rovers in the closing moments when team captain David Cawley smartly converted a penalty after second-half subsitute Frank Liivac was upended in the box.

But Viking will already be thinking about the next round as they prepare for the return leg at the Showgrounds next Thursday.

The second leg takes place next Thursday, August 11th, at the Showgrounds at 7pm.

The game will be broadcast live on Ocean FM. 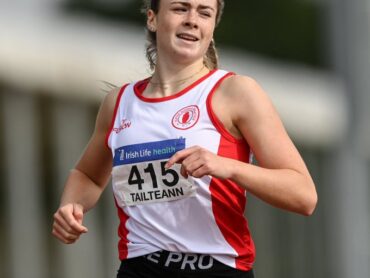