‘None of us can fail to be moved by the stories of young people who suffered abuse, robbed of their innocence and left scarred by painful memories.’

These were the words of Pope Francis at Knock this morning when he gave the most direct address yet to the horror of the Catholic church’s child abuse scandal.

Since even before the pope’s arrival here, there had been calls for him to address the child abuse scandal, to acknowledge the pain of those who suffered and to outline what practical steps the church should take to deal with the issue.

This morning in Knock, he told the thousands who had gathered in the rain that he had prayed before the statue of Our Lady here for the victims of abuse committed by members of the church in Ireland.

He said ‘this open wound challenges us to be firm and decisive in the pursuit of truth and justice.’

He begged for the Lord’s forgiveness for the sins committed and for the scandal and betrayal felt by so many.

He had, he said, asked for the Blessed Mother to intercede for the healing of survivors and to confirm every member of the Christian family in the resolve never again to permit these situations to occur.

Now that the pontiff has spoken in the way he did, the next question is how his aspiration for the ‘firm and decisive pursuit of truth and justice’ will be translated into practical actions.

The pope’s words on the abuse issue drew applause from the crowd; the other times the people here responded in a similar spontaneous manner was when he extended his greetings to the people of Northern Ireland and to those in prison.

These people were among those in the crowd; they told Ocean FM News of their delight at being present for the historic occasion. 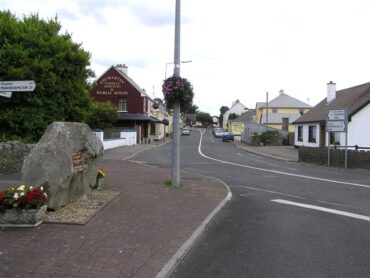