Bus-users in Sligo say everything must be done to protect the rural expressway service.

Meanwhile, SIPTU one of the unions representing workers at Bus Eireann says they have no confidence in managment at the company or their reassurances.

Sligo Bus station was bustling with commuters yesterday evening as Ocean FM News asked people how any threat to the Expressway service would affect them.

A range of people from those using airports, workers, to those using health services to a tourist told us of the importance of the service:

Last September, Bus Eireann which is facing insolvency having incurred losses of up to €8m for 2016 alone commissioned a report on how to restructure the company.

The document by Grant Thornton has been leaked this week with reports suggesting that over 500 jobs would be lost at the company and a recommendation that all expressway services be cut.

In a statement last night Bus Eireann confirmed its poor financial situation and stating that ‘decisive actions need to be taken to reverse losses’.

On the expressway route reports, it attempts to reassure by stating that ‘expressway will continue to be a part of Bus Éireann, and that the challenges to make it more competitive will only be resolved within the overall company structure’.

However, Willie Noone of Trade Union Siptu says he is not one bit reassured by the statement saying that this whole issue is being played out in the media and yet no talks have taken place with unions: 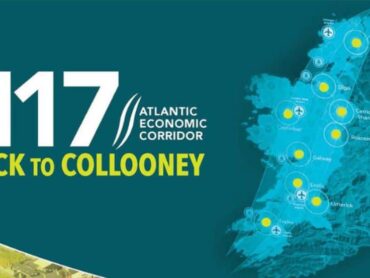 Competition launched for design of social housing scheme in Sligo