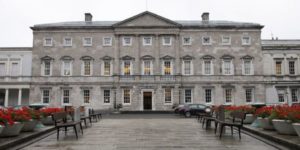 Political attention is now turning towards the formation of the new Government. Fianna Fail are now the largest party in the Country 38 seats, Sinn Fein with 37 and Fine Gael with 36. Andrew Mooney has this report. https://filedn.com/lglCaxamfnlV2gaMY6rU7tH/News%20Clips%202019-20/Election%202020%20PKG%20LUNCH.mp3 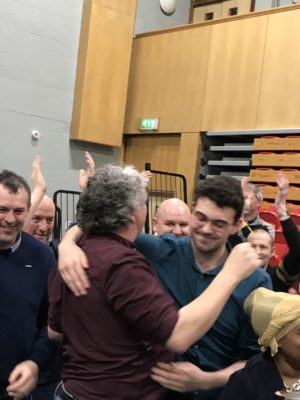 There were jubilant scenes as it was confirmed Thomas Pringle has retained his seat. The Donegal Independent candidate was elected to the 33rd Dail this evening in Letterkenny. Speaking exclusively to OceanFM minutes after the announcement, he gave his initial reaction. https://filedn.com/lglCaxamfnlV2gaMY6rU7tH/News%20Clips%202019-20/Pringle%20Initial%20reaction.mp3

John McDonnell has been eliminated on the 8th count in the Donegal constituency. He received 4,735 first preferences and ended on 7,106. There are now 4 candidates remaining fighting for the final 3 seats following Sinn Fein’s Pearse Doherty and Padraig MacLochlainn being elected on the 1st count last night 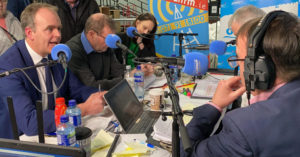 Joe McHugh is fighting to retain his seat in Donegal. There is a possibility that there will be no Fine Gael seat in the constituency. Speaking to OceanFM’s election coverage team in the Aura Centre in Letterkenny, he says it was ‘always going to be difficult.’ McHugh admits it’s going…

Fine Gael’s Martin Harley has been eliminated on the 7th count in the Donegal Constituency. He received a total of 3,896 votes after initially getting 3,056 first preferences.

Fine Gael’s Joe McHugh has ruled out going into coalition with Sinn Fein. The outgoing Education Minister made the comments to OceanFM this evening at the Donegal Constituency count in the Aura Centre, Letterkenny. It come after the Fianna Fail leader Michael Martin refused to rule out the possibility. He… 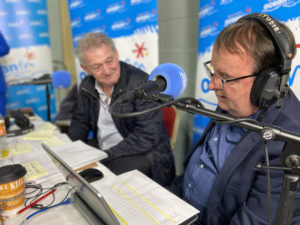 Back to the polls in 3 or 4 months – Peter Casey

Independent candidate, Peter Casey, says Sinn Fein would be ‘crazy’ to go into coalition with anyone. He picked up 1,142 votes or 1.48% in the latest tally figures. Speaking at the Donegal Constituency count, Peter Casey believes we’ll be going back to the polls in the coming months. https://filedn.com/lglCaxamfnlV2gaMY6rU7tH/News%20Clips%202019-20/Peter%20Casey.mp3

Page 1 of 3
Our site uses cookies for functional reasons, to improve your experience, to personalise ads, and to measure and analyse our service. Click Accept to consent to our use of cookies as described in our Cookie Policy. You can change your settings at any time.Accept