This was a poor enough contest with clearcut chances at a premium.

Rovers had a couple of opportunities in the opening half and Will Fitzgerald had a late opportunity to snatch all three points near the end, but 0-0 it finished.

The result keeps Rovers in fifth place in the table (see below) – and extends John Russell’s unbeaten run since he took over as manager (interim & permanent) to four games.

Elsewhere, Finn Harps came from 2-0 down against St Patrick’s Athletic late on to snatch a dramatic 2-2 draw at Finn Park through late goals from Jose Carrilo and Ethan Boyle.

Absolute scenes in Finn Park as Ethan Boyle rescues a point at the death! 🤯@FinnHarpsFC 2-2 @stpatsfc

Shamrock Rovers have extended their lead at the top with a 1-0 victory over Bohemians in the Dublin Derby. 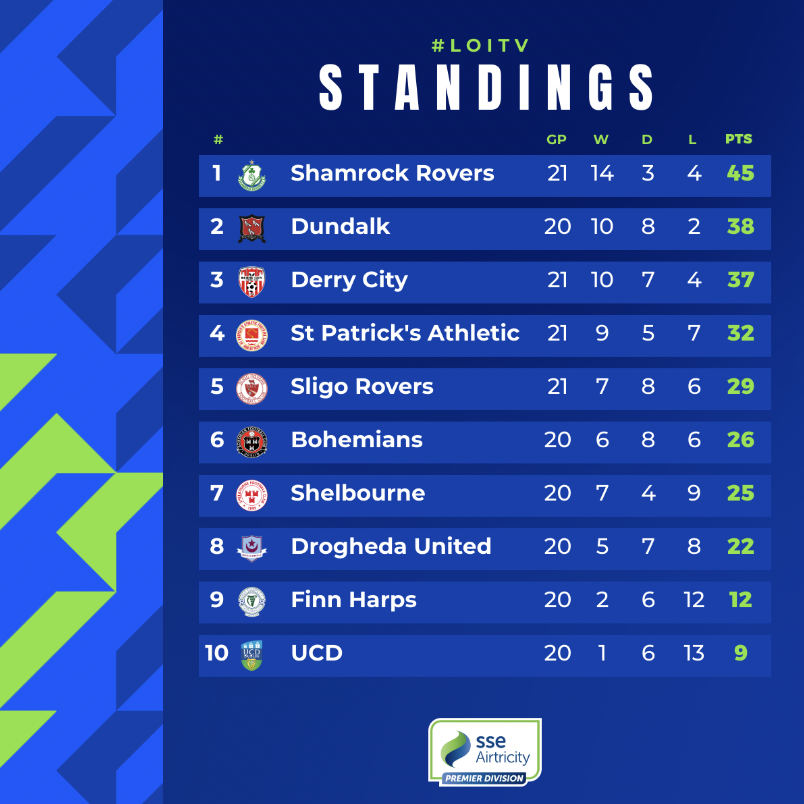