The Secretary of Fine Gael Donegal says the list of issues set to be raised with the today is endless.

Leo Varadkar is in Donegal for a series of engagements including the constituencies Fine Gael AGM.

The Tánaiste’s visit follows news this week of Deputy Joe McHugh’s imminent departure from politics, confirming he won’t be running in the next General Election.

Speaking to Ocean FM, Secretary of FG Donegal Doreen Kennedy has been outlining some of the AGMs agenda: 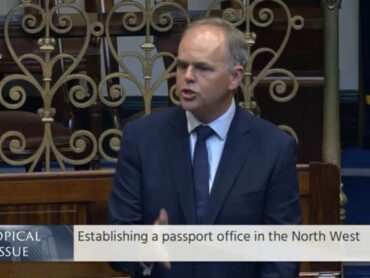