The Blues said they could not fulfil the fixture because of a positive Covid case in the first-team squad.

The FAI’s disciplinary unit convened on Wednesday and confirmed that Rovers are being awarded a 3-0 victory. 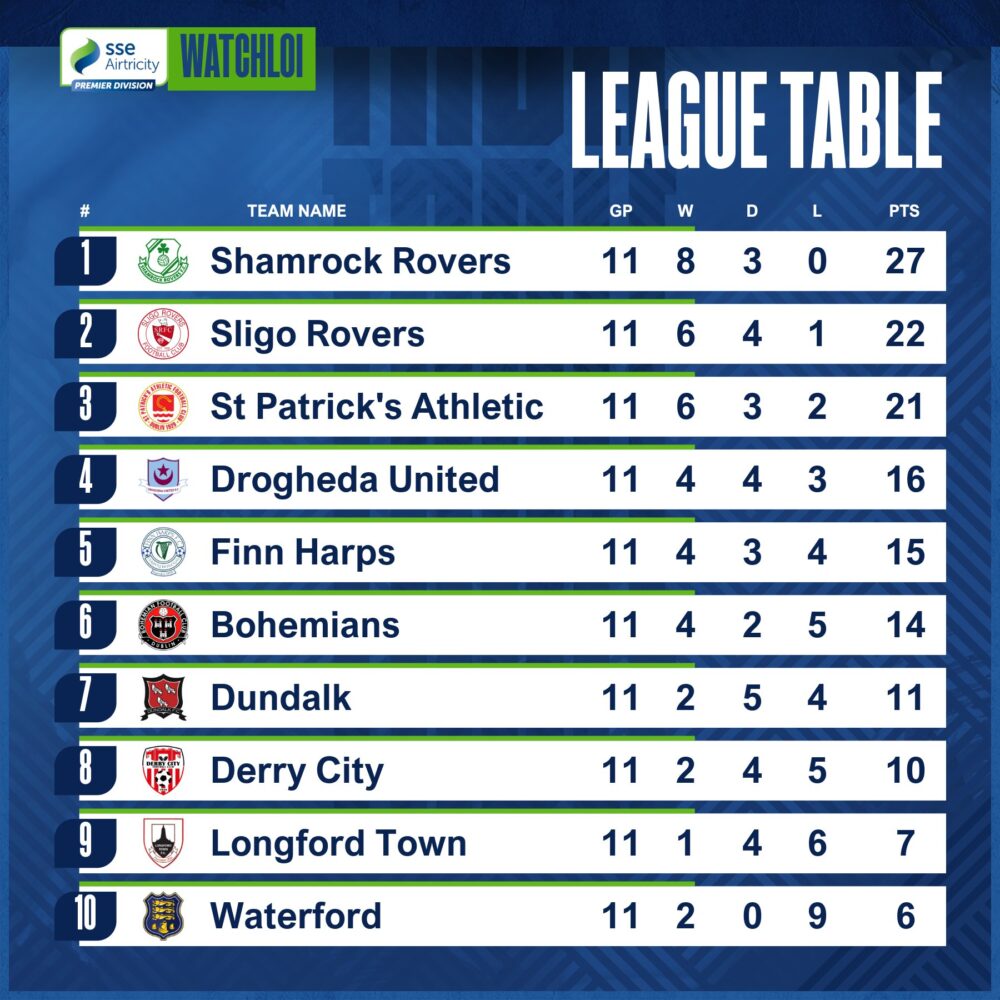 The league table has been updated accordingly.

It also means that Garry Buckley has served his suspension for his red card against Dundalk in a game that never happened.