A Sligo county councillor is claiming children and young people in this area are being failed because of inadequate mental health services.

Fine Gael Councillor Thomas Walsh was speaking after he obtained figures in relation to the services from the HSE in response to a Freedom of Information request.

The figures show that last year only 56.4% of those referred in Sligo/Leitrim received an appointment with the Child and Adolescent Mental Health Services (CAMHS) within the recommended 12 weeks.

This year, there has been a very slight improvement.

Nationally, the figure was 78%.

Cllr Walsh claims Sligo/Leitrim is one of the worst areas in the country when it comes to the waiting list for CAMHS.

Cllr Walsh also says that despite the response he received to his FoI request, he still has many questions about the mental health service for children and young people in this area.

Cllr Walsh says the HSE has told him it has set up a CAMHS waiting list initiative to focus on reducing waiting lists, with a particular emphasis on those waiting longer than 12 months.

He says a YourMentalHealth Information Line was launched in September last year but he claims this is ‘a sign-posting service effectively.’

However, Cllr Walsh claims CAMHS on its own is an inadequate service for children.

He says CAMHS is seeing an increase in referrals, faces recruitment challenges, and staff retention issues, all while children have greater and more complex needs.

Non hospital healthcare staff in Sligo being vaccinated from this week 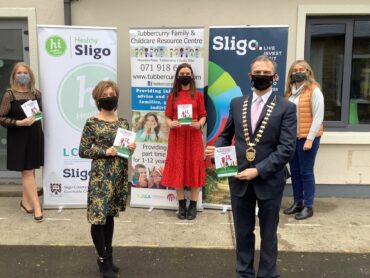