Sligo will have two senior teams in action in Ballina tomorrow, as their new season gets underway.

Their first team begin their defence of the Connacht Senior Cup with a tie against a Mayo side last year promoted to senior rugby.

The game will be the first competitive outing for new head coach Paddy Pearson.

That game will be at 2.30pm in Heffernan Park, and will be followed by a friendly game between the two clubs’ development sides from 4pm.

Meanwhile, Sligo pair Conan O’Donnell and Cillian Gallagher are in the Connacht senior squad for their pre-season friendly against Wasps tomorrow.

They will start among the replacements for the game at 3pm in Athlone’s Dubarry Park.

Elsewhere, One Leitrim and three Sligo players have been named in the Connacht U18 interpro squad for the forthcoming national series.

Summerhill College’s Donnacha Byrne has also been called up to the squad, as have his Sligo RFC clubmates Luge Hogge from Coláiste Mhuire in Ballymote, and Hubert Gilvarry from Sligo Grammar.

Connacht face Leinster tomorrow, before taking on Munster opn Wednesday and Ulster next Sunday in the eight-day series, which is being held at the University of Limerick.

Meanwhile, three Sligo players are in the Connacht U17 squad to face Munster in a challenge next Wednesday – Sligo Grammar’s Eddie Coyle, Summerhill’s Michael Borders and Daire Cregg from Abbey Community College in Boyle.

And there is four Sligo players in the U16 squad to play Munster on Tuesday – Liam Candon, Ewan Rippon, Oisin Cregg and Niall O’Connor. 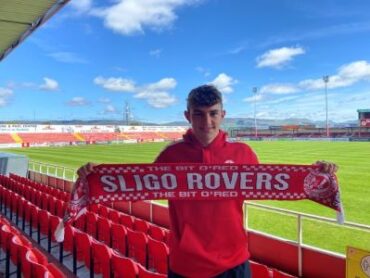