Friday night seen Chaffpool United claim the Cleary Landscapes & Pitch Maintenance Division One Title winning in style by Seven Goals to nil at home to the eventual Runners Up Dromore Villa. Brendan Brogan opened the account for the Pool on five minutes Padraig Murtagh added the second just before half time. Paul Connolly added the third goal twenty minutes into the second half. Then the Hughie Marren show took over netting a hat trick with Paul Connolly claiming his second and the final goal for a Jubilant Chaffpool United.

Sunday morning was the Play Off’s between Super League side Arrow Harps and Premier side Glenview Stars. The prize Super League status for next season. Arrow Harps started brightly and were rewarded on twenty-five minutes when Karl Mc Kenna fired past Sergio Gomez from the penalty spot. Harps held this lead until five minutes into the second half when Ronan O Grady levelled matters for the Stars.

Arrow Harps up the tempo and were firing on all cylinders but their best efforts were thwarted on several occasions by the sheers brilliance of Stars goalkeeper Sergio Gomez who was Man of the Match. Stars struck gold with ten minutes remaining when Daniel Kelly struck the killer goal that brought Glenview Stars back into the top flight for next season.

The Final of the Glasshouse Hotel Sligo Cup served up an exciting game with Super League Champions Carbury taking on the young Guns of Strand Celtic at Mac Sharry Park. This was Strands last chance of Silverware this season while Carbury were hoping to add their second piece ahead of next weeks big Connacht Final clash. The league stats favoured Carbury but Strand on their day can be a formidable team. The big man Graham Lee in Goals with the seasoned Fergal O Hara captaining the side along with the vastly experienced Lee Marshall and the Young Guns Aaron O Boyle and Mark Mc Callion this had all the ingredients of a great game.

Carbury bursting with confidence has up front the silver fox Gareth Kelly Skipper Gary Finan a back line of Neal Mc Kenna Aaron Murrin Colm Jinks and Johnny Lynch with at the heart of the engine room Ross Mc Laughlin alongside him ex strand Celtic stalwart Barry O Mahoney and pushing forward at every opportunity Christopher Kelly.

The game started at a high tempo with the Mac Sharry grounds in superb order both teams were able to display all their skills. The first half despite the best efforts of sides remained scoreless and it remained that way until sixty-five minutes into the second half when Barry O Mahoney scored against his old club hitting a low drive from twenty yards that gave Graham Lee in the Strand goals no chance and Carbury were one up. A minute later and a melee in the Strand penalty area gave Captain Gary Finan a glimpse at goals and it was two nil to Carbury.

Fourteen minutes from time and Aaron O Boyle was adjudged by referee Stephen Fallon to have taken down Aaron Murrin in the penalty area. Murrin dusted himself down and took the penalty himself sending Graham Lee the wrong way to seal the game for and despite this Strand fought gallantly and rewarded just on the stroke of fulltime when Daniel Lang fired home from close range past Daniel Smith in the Carbury goals.

The Cup and Medal presentations were made by Mario Puchowski General Manager of the Glasshouse Hotel Swan Point Hyde Bridge Sligo. 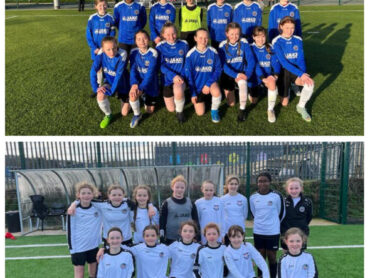 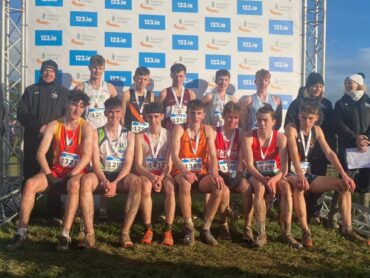 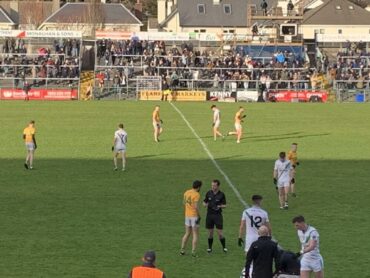