Neil Egan’s side (pictured) beat Eastern Harps by 10-8 to 1-9 to set up a Connacht Gold senior women’s championship final against St Nathy’s on Saturday next at Markievicz Park (3pm).

Tourlestrane’s men’s footballers followed that success up later on Sunday with a two-point win over Shamrock Gaels in the Homeland SFC semi-final to set up a county final date with St Mary’s on October 16th.

The Sligo LGFA final this Saturday features the top two sides from the group stage of the Connacht Gold senior championship.

Nathy’s beat Tourlestrane a couple of weeks ago in their round-robin game, and so will be marginal favourites for this weekend’s decider.

The game will form part of a Sligo LGFA county final double with the Junior ‘A’ final this Saturday, which will feature Shamrock Gaels against Drumcliffe/Rosses Point at 12:30pm.

Saturday’s senior final will be broadcast live on Ocean FM’s Saturday Sportsbeat – and both finals are also being streamed live by Sligo LGFA. 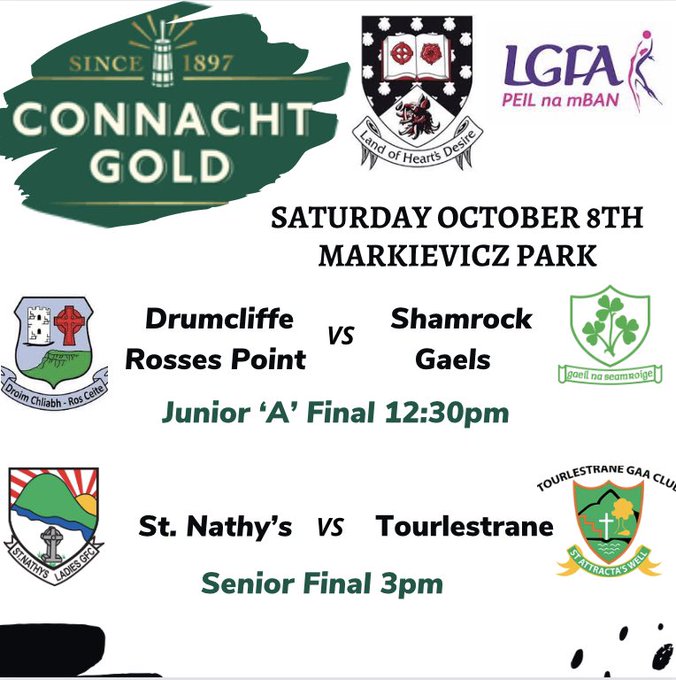