EJ Sligo All-Stars have strengthened their roster for the new Superleague season by signing Cameron King from Plymouth City Patriots in the British Basketball League.

The 6ft 9inch point guard is latest overseas for the All-Stars who are putting the finishing touches to their squad ahead of the new season, which begins on Saturday, October 1st with a trip to Dublin to play Eanna.

The All-Stars first home Superleague game will be on October 8th in the Mercy College gym against Marian (tip-off: 7.30pm).

It will be EJ Sligo All-Stars first season in the top tier of men’s Irish basketball since 2002. 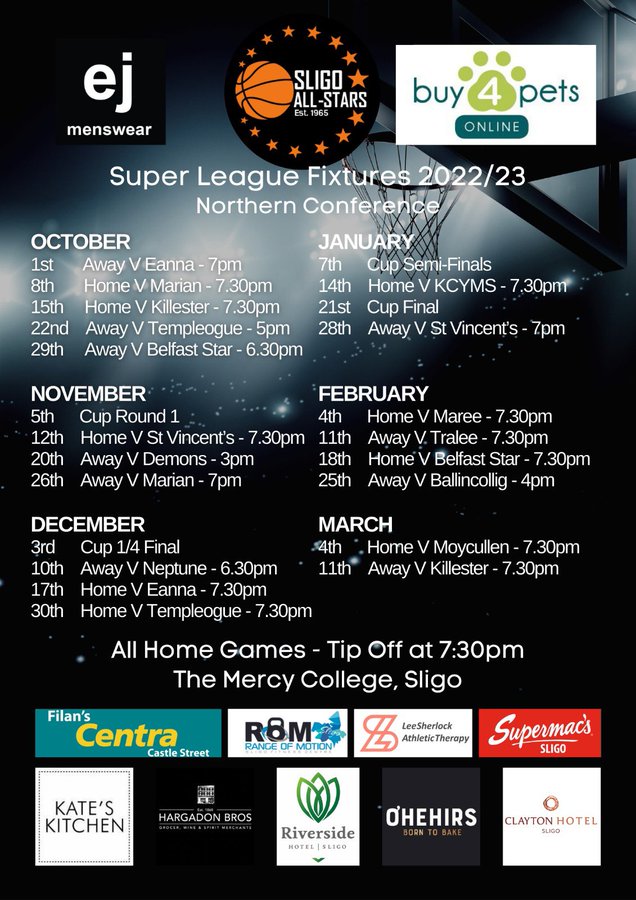