Sligo Rovers suffered their sixth league defeat of the season on Friday night as they lost 2-1 to Bohemians at Dalymount Park.

A disappointing second-half from Liam Buckley’s side enabled Bohs to move 2-o in front through goals from Dawson Devoy and Junior.

Adam McDonnell gave Rovers hope in the closing moments with a well-taken goal but the visitors were unable to find an equaliser.

Elsewhere on Friday evening, Derry City were beaten 2-1 at home by Dundalk.

The Candystripes are the visitors to the Showgrounds this Monday evening.

Friday night’s loss drops Rovers below Bohemians to sixth in the table. 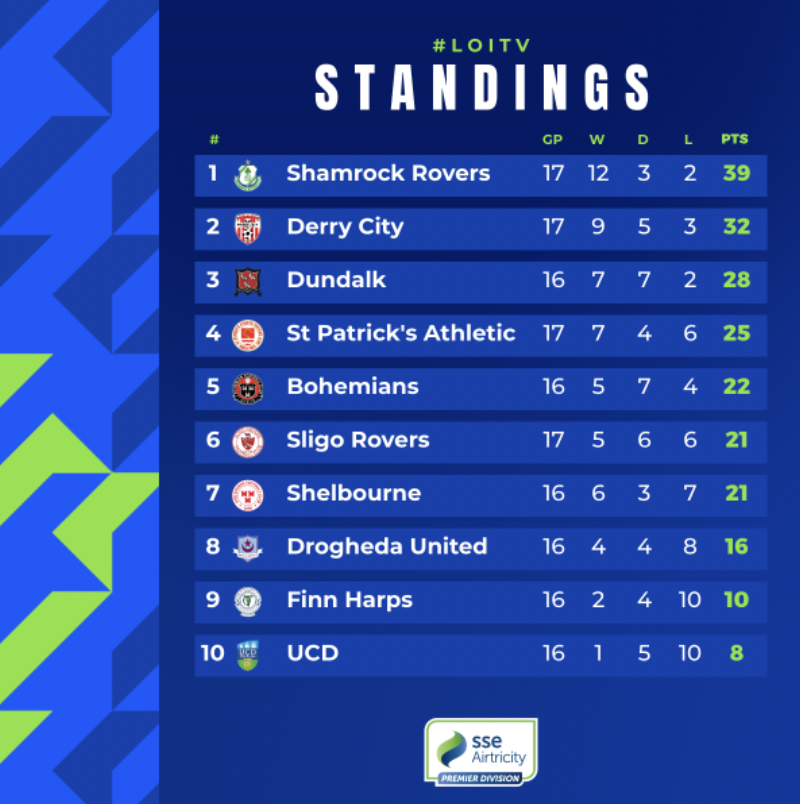 Ocean FM Sport will bring you live match commentary of this Monday night’s game v Derry City from the Showgrounds at 7:45pm in association with EJ Menswear.

Full match commentary here on oceanfm.ie – and the second half will also be live on ‘The Rovers Hour’ on FM from 9pm.