St Attracta’s Tubbercurry are celebrating a schoolgirls FAI Connacht under-17 soccer title following their 3-1 win against Claregalway College in Castlebar on Thursday.

It’s a first provincial soccer title for the school.

The victory propels the south Sligo girls into an All-Ireland schools semi-final next Tuesday, April 5th, against the Ulster junior cup winners Scoil Mhuire, Buncrana, who beat Carn Community School 1-0 in the All-Donegal Ulster decider, which was also played on Thursday.

The side is coached by Hughie Harvey and Andrew Flynn, who spoke to Ocean FM Sport’s Austin O’Callaghan after Thursday’s success.

“These girls have been playing at such a high level outside of school, and they’ve become so used to winning,” he said.

“It’s a big achievement, I would say, for a school that wouldn’t be renowned for soccer – to go and beat teams from Galway City and teams like Claregalway today.” 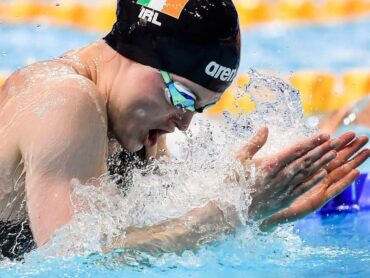