Sligo and Leitrim’s Allianz Football League Division 4 league game at Markievicz Park on Sunday will be a dead rubber following Tipperary’s 1-14 to 0-12 victory over Leitrim at Semple Stadium on Saturday night, which secured promotion for Davy Burke’s team.

Cavan’s 2-24 to 0-10 win earlier on Saturday also confirmed their promotion to Division 3 – although Tipp’s victory over the exiles meant the Breffni men were assured of promotion even if they had lost to the Deise on Saturday.

The results mean neither Sligo nor Leitrim can catch Cavan or Tipperary going into their concluding league game at Markievicz Park on Sunday (1pm).

Sunday’s game will be broadcast live on Ocean FM. 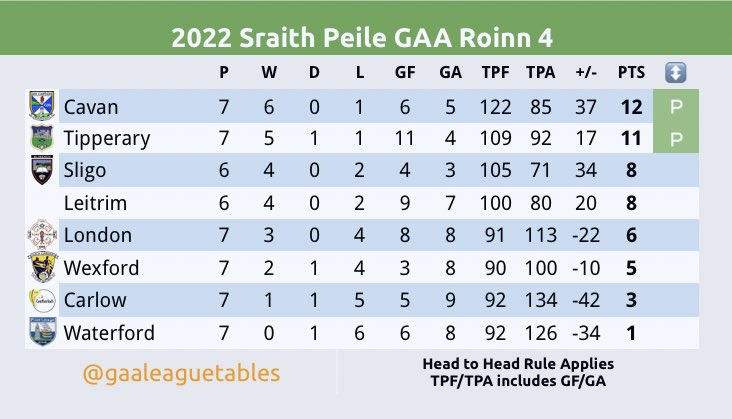 Tommie Gorman and That Roy Keane interview – 20 years on