Sligo senior gaelic footballers made a winning start to 2022 on Monday evening with an entertaining 1-21 to 1-17 victory over Andy Moran’s Leitrim at the NUI Galway Connacht GAA Air Dome.

The match was the first competitive intercounty fixture to be played indoors on the island of Ireland.

The Air Dome is part of the Connacht GAA Centre of Excellence complex at Bekan in county Mayo.

Sligo’s secured the win despite being hit with a number of Covid cases in the squad in the days leading up to the match.

One of the unaffected players, Niall Murphy, scored 1-10 as Tony McEntee’s side set up a Connacht FBD semi-final meeting with Roscommon next Saturday.

The Yeats County were never behind in this match but twice they had to withstand spirited rallies from Leitrim, one in either half.

Emlyn Mulligan, who plays his club football these days with St Mary’s of Sligo, made his return to the Leitrim county colours.

However, it was Sligo who made the stronger start to both halves with the impressive Murphy bagging an early goal to help the men in black and white establish a 1-8 to 0-4 lead.

But Leitrim worked their way back into the game with fine scores from Keith Beirne, Ryan O’Rourke and Darragh Rooney’s goal helped them get back on level terms by half-time (1-10 each).

Sligo edged clear again in the third quarter – and once more lead by seven points at one stage as the game ticked into the final quarter.

But despite both managers making several changes, the game held enough shape to it for Leitrim to rally again.

Centre forward Keith Beirne, who scored 0-9 on the night, was on target again as were Paul Keaney and David Bruen as Leitrim cut Sligo’s lead back to two points.

But in the closing moments, Easkey’s Mikey Gordon, Pat Hughes and who else, Niall Murphy, popped up again with vital scores to see Sligo through to the semi-finals by four points.

OceanFM Ireland · ‘The quality is there, the players are there’ – Leitrim boss Andy Moran on 1st match in charge 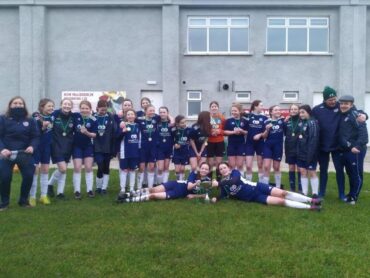 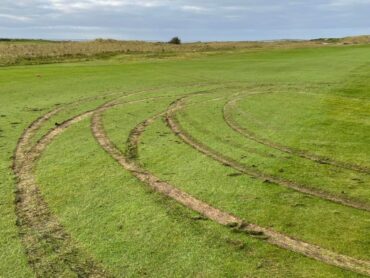