A revised Mica redress scheme will be brought before Cabinet this morning.

There will be a cap on the amount per square foot to ensure costs are not a blank cheque.

The scheme will also include a ten-thousand euro rental accommodation allowance.

There will be major local interest to see what developments come from the meeting with homes in Donegal, Sligo and to a lesser degree in Leitrim impacted by the condition.

Campaigners in Donegal had rejected a previous proposal that would see payments set at €138 per square foot.

They had called for that figure to be raised to €150.

The scheme is also expected to be open to rental properties if they were registered with the Residential Tenancies Board at the beginning of November 2021.

The final cost of the scheme could run to more than €2 billion.

Housing Minister Darragh O’Brien intends to appoint a senior counsel to review how the issues happened in the first place.

It’s also expected that a new building standards regulator will be set up to prevent such issues occurring in the future.

Members of the Mica Action Group in Donegal will also highlight the issue in Brussels. 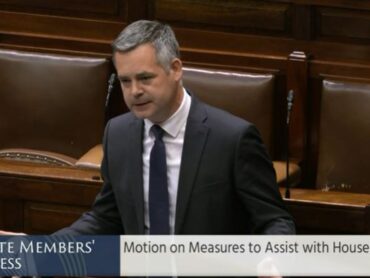