Sligo Rovers push for a European finish in the SSE Aitricity League Premier Division faltered again on Friday night at Tallaght Stadium as they lost 2-0 to league leaders Shamrock Rovers.

First half goals from Danny Mandriou and former Sligo Rovers player Aaron Greene did the damage – but in truth the Dublin Rovers might have won by more but for some fine goalkeeping from Ed McGinty.

The Shamrock Rovers man does it all by himself to open the scoring! ☘️

Derry City’s 1-0 win over St Pat’s means the Candystripes are now just one point behind Rovers in fourth place with six games to go. 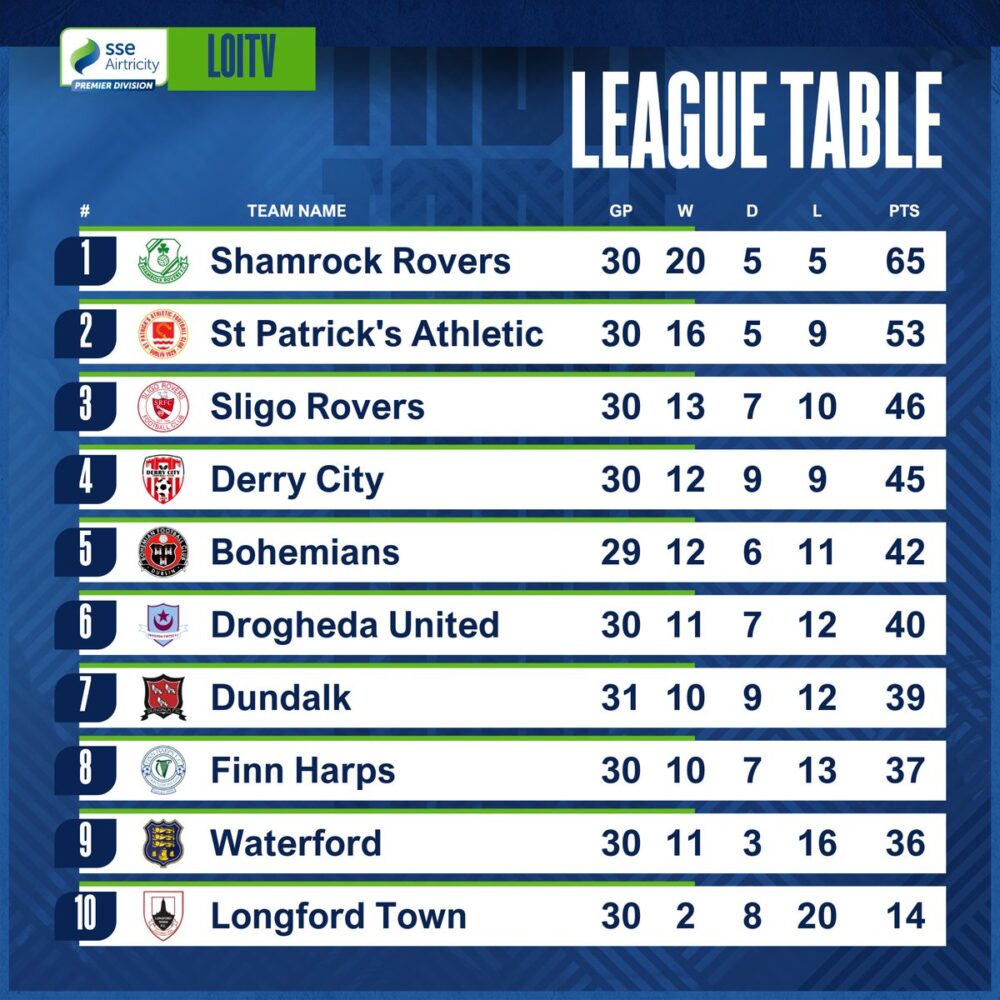