Hugh Foley from Royal Dublin Golf Club is the 2021 West of Ireland champion.

He finished the championship on nine-under-par, which was five strokes clear of the rest of the field at County Sligo Golf Club.

Listen back to the closing moments of Sunday’s play, as described by Robbie Fitzpatrick and Seán Flanagan on Ocean FM.

It is Foley’s second Irish ‘major’, having previously won the Irish Close Championship. 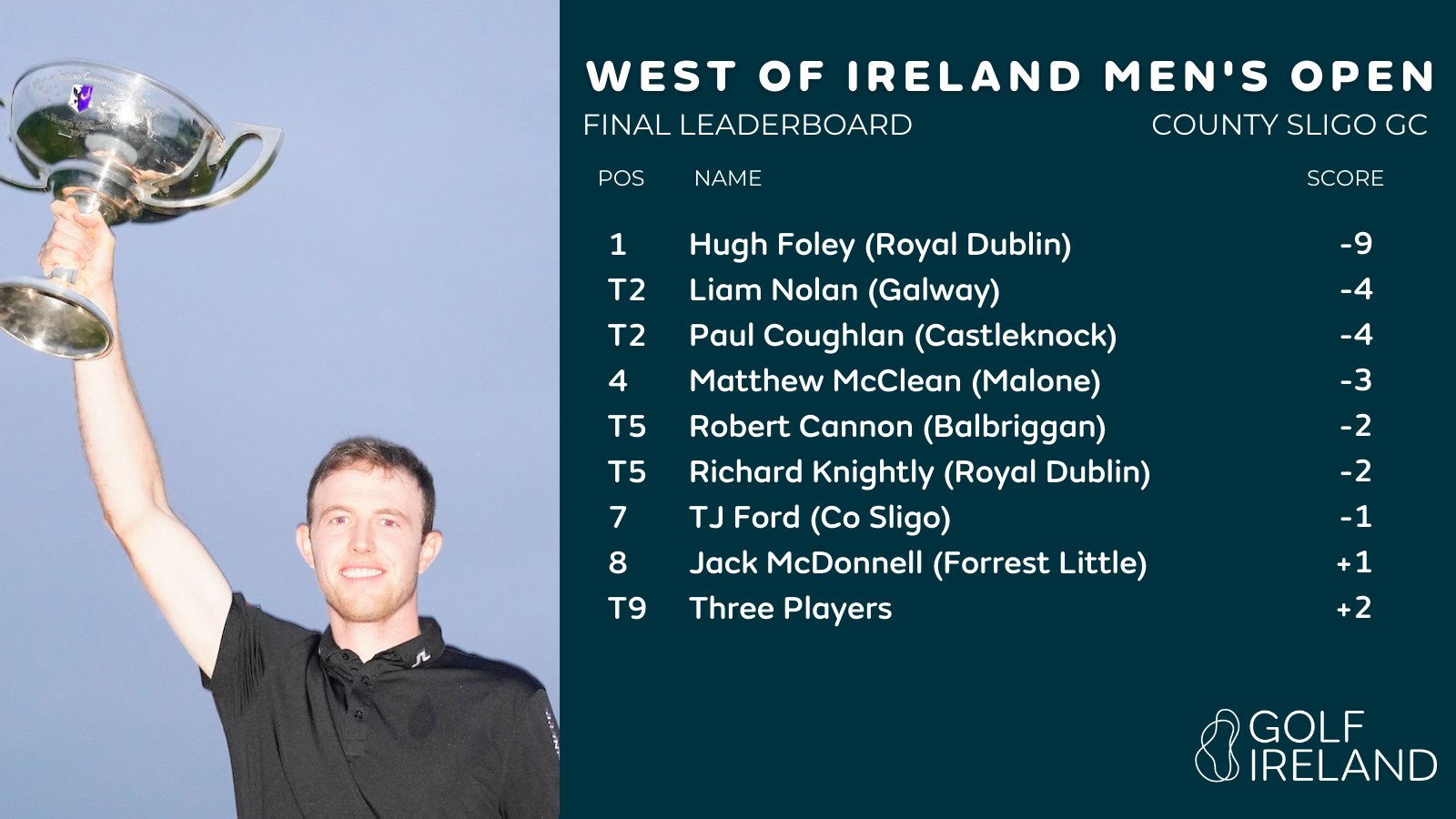 The victory comes in what’s been a tough year for the Dubliner.

His dad, Dave, who introduced him to golf, passed away in January of this year.

Foley broke down in tears on the 18th green and dedicated the victory to his late father.

He spoke to Ocean FM Sport’s Austin O’Callaghan after receiving the West of Ireland trophy.

Co Sligo’s TJ Ford was the leading local finisher on -1, which was good enough for seventh place.