Today the ICMSA has launched the first ‘interactive’ monthly milk price comparison tool that will allow dairy farmers to input their individual milk volumes, constituents and quality results and see – at the touch of a button – what they would have been paid for the same supply by every other milk processor in Ireland.

The facility, available to all on the .icmsa.ie website, will allow a degree of transparency and comparison on an individual basis and it is completely unique, having undergone extensive preparation and testing.

The system will be live as and from today and, for the first time, farmers around the country will be able to see exactly what other processors would have paid them for their milk on a monthly or yearly basis.

ICMSA President Pat McCormack said that the term ‘game-changer’ was often over-used, but there was no other way of representing the power that the ICMSA Interactive Milk Price Tracker now gave individual dairy farmers

In other news, the IFA President Tim Cullinan says the new food ombudsman/regulator must be able to hold processors and retailers to account.

The Tipperary farm official has acknowledged the move by the Minister of Agriculture to transpose the Unfair Trading Practices Directive into national law, and to have a public consultation process on a wider remit of the Food Regulator/Ombudsman.

Mr Cullinan has called for the role to become operational immediately.

The IFA president says it must also have full powers of investigation, the ability to make findings and the authority to impose sanction 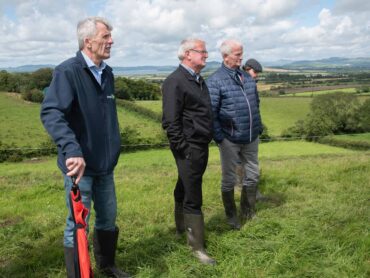