Finn Harps were knocked out of the FAI Cup on Friday night after league champions Shamrock Rovers came from 2-0 down to win 3-2 at Finn Park.

First-half goals from Barry McNamee and Stephen Folan had given Ollie Horgan’s side a deserved 2-0 half-time lead.

But, in the space of five second-half minutes, Shamrock Rovers were awarded three penalties, the second and third of which were converted by Aaron McEneff after he missed the first.

Graham Burke then made it 3-2 to the visitors on 71 minutes with a goal which proved to be the matchwinner.

Shamrock Rovers will be at home to winners of the Sligo Rovers-Derry City quarter-final tie (who meet on Wednesday night) in the FAI Cup semi-final, which is scheduled for next Sunday, November 29th at Tallaght Stadium. 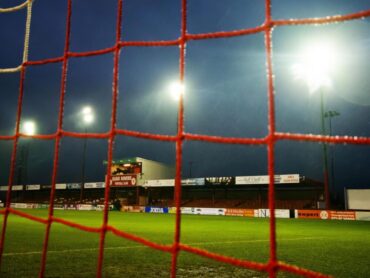 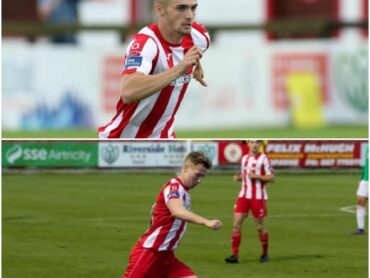