The three main Sligo Rovers supporters groups have called on John Delaney and the board of the Football Association to resign.

The Bit O’Red Supporters Trust, the Dublin Supporters Club and Forza Rovers issued a joint statement on Thursday afternoon in which they described the FAI’s performance at Wednesday’s Oireachtas Hearing as an insult and a show of contempt for the game and volunteers who maintain the domestic league. 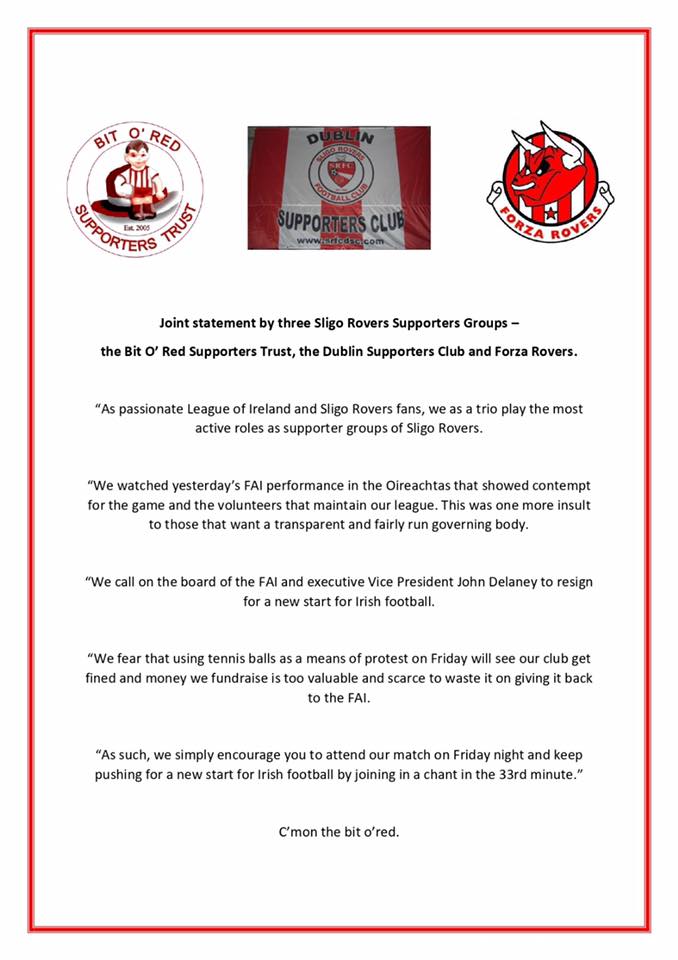 The groups are planning to stage a protest during Friday night’s SSE Aitricity League Premier Division game between Sligo Rovers and Dundalk at the Showgrounds.  The protest will take the form of a chant in the 33rd minute of the game.

The number 33 is a reference to John Delaney’s ill-fated attempt nine years ago to have Ireland added to the 32 qualified finalists for the 2010 World Cup final – in the wake of the Thierry Henry handball incident in Paris.

John Delaney told the Oireachtas hearing on Wednesday that, under legal advice, he would not be answering quesstions relating to the €100,000 loan he gave to the FAI in 2017, his time as CEO of the FAI or the association’s finances.

Local Senator Frank Feighan was a member of the Oireachtas Committee which interviewed the FAI delegation at Leinster House. He gave his analysis of the what happened during the hearing to North West Today on Thursday morning.