A former mayor and chairman of Sligo County Council has confirmed this lunchtime that he will not be seeking to retain his seat in the local elections in May.

Fine Gael Councillor Hubert Keaney has announced his decision in advance of a selection convention to be held tonight for his electoral area of Sligo/Drumcliffe.

Hubert Keaney has been a Fine Gael councillor in Sligo for the past 10 years.

In that time he also served as council chairman and as Mayor of Sligo.

That such a high-profile candidate has now decided not to run again will come as a surprise to many.

Taking time out from a meeting of Sligo Council this morning, Cllr Keaney outlined to our reporter Harry Keaney the reasons for his dramatic decision.

It’s unclear at present how many candidates tonight’s Fine Gael selection convention will nominate for the five-seat Sligo/Drumcliffe area.

But outgoing councillor Hubert Keaney will not now be one one of them.

Those still seeking nominations are Thomas Walsh from Ballygawley, Ciara McLoughlin from Rathcormac, a daughter-in-law of sitting Sligo Leitirm Fine Gael TD Tony McLoughlin; and Tom Fox from Calry, whose mother Ita and late father Tom were both councillors in the past.

Cllr Keaney was asked by Harry Keaney if  he had any doubts that he might not be selected or if that influenced his decision.

The chairperson for tonight’s Sligo/Drumcliffe convention will be Mayo Senator John O’ Mahoney.

The convention will get under way in the Clayton Hotel in Sligo town at 7:30pm this evening. 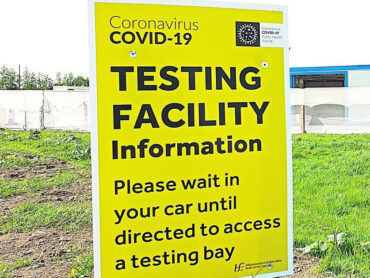 Call for Armed Response Unit to remain in Sligo