Despite being on the losing team at Omagh on Sunday, Jamie Brennans display for Doengal earned him the Man of the Match award.

Donegal were knocked out of the Dr.McKenna Cup at the semi-final stage on Sunday after a 0-14 to 1-10 defeat to Kieran McGeeney’s Armagh in Omagh.

Donegal got off to a bright start and Bundoran’s Jamie Brennan looked lively in the opening 15 minutes contributing two points. This was added to by a score by Michael Langan as Declan Bonner’s men raced in to a 0-04 to 0-01 lead. Armagh wasted no time in striking back though and reeled off three quick scores to be level at 4 points apiece after 21 minutes.

This sparked Donegal back into live and a fantastic pass from Niall O’Donnell played in Caolan McGonagle who squared for Jason McGee to fist the ball to the net. Again Armagh hit back almost instantly and three points in as many minutes from Rory Grugan,Niall Grimley and Rian O’Neill to tie things up again at 1-04 to 0-07 .

Jamie Brennan’s score seemed to have given Donegal the lead heading into half time but Armagh’s ability to respond was evident again as Stefan Campbell and Niall Grimley struck again to leave them going in at the break ahead by 1-05 to 0-09.

Michael Langan had the sides level yet again early in the second half and then the two teams proceeded to trade scores over the next 20 minutes with Caolan McGonagle, Ciaran Thompson, Jason McGee and Man-of-the-Match Jamie Brennan all finding the range to leave the sides level at 1-10 to 0-13 entering the closing stages.

It was Armagh though who found the winner with Rory Grugan popping up with two minutes remaining to the Orchard in front and that’s the way it finished despite Donegal’s best efforts to send the game in extra time.

Armagh now progress to play Tyrone in next weekend’s final. For Donegal, their hold on the McKenna Cup comes to an end but manager Declan Bonner will be quite pleased with how the campaign went and will now turn his attention to a fortnight’s time and their opening Allianz League Division 2 clash with Clare.

Listen back here to reaction from manager Declan Bonner and Man of the Match Jamie Brennan here: 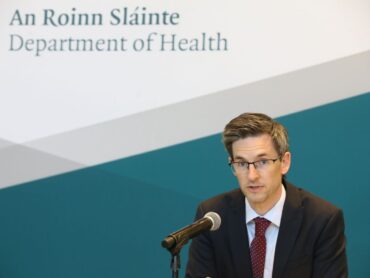