Holders Donegal reached the semi-finals of the 2019 McKenna Cup on Wednesday night with a 1-20 to 1-12 win against 14-man Cavan at McCumhaill Park in Ballybofey.

The result sees Declan Bonner’s side finish top of Section A with three wins out of three, and sets up a semi-final meeting with Armagh this Sunday (Jan 13th) at Healy Park in Omagh with a 2pm throw-in. Tyrone will play Derry in the other semi. 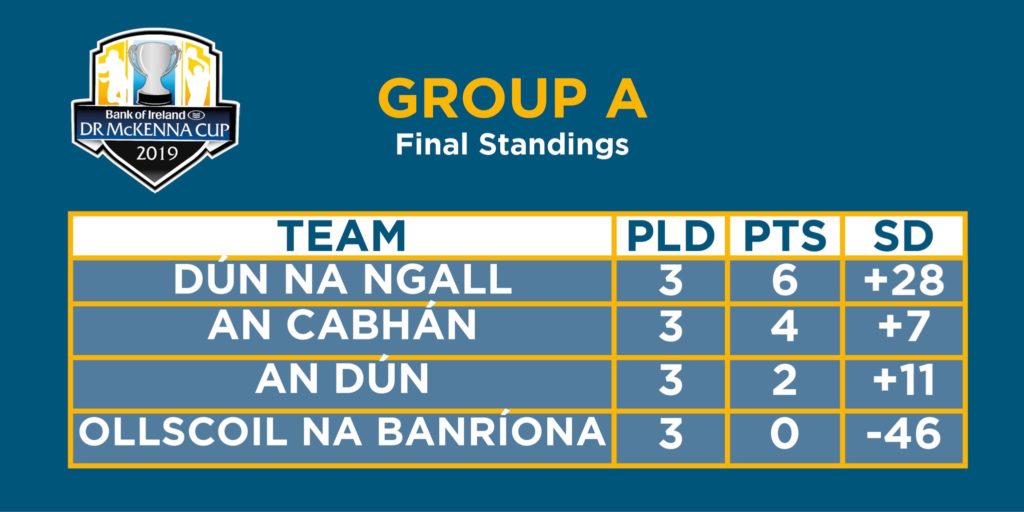 Michael Langan was the game’s top scorer with 0-9, while Bundoran’s Jamie Brennan contributed 1-4. The game also marked the return of Ryan McHugh in place of his injured cousin Eoin, to the starting line-up.

Here’s a postmatch interview with Martin McElhinney who played his 100th match for Donegal on Wednesday night:

St Farnan’s bow out of Connacht after extra-time