Donegal will begin the defence of their Dr McKenna Cup title on Sunday, December 30th against Cavan.

Declan Bonner’s side have been drawn in Section A of the competition following Wednesday evening’s draw in Belfast. Down and Queen’s are the other teams in Section A.

Rory Gallagher’s Fermanagh are in Section C along with Tyrone, Derry and Ulster University. Fermanagh will play Tyrone in the competition’s opening match, pre-Christmas, on Sunday, December 16th.

The three section winners will qualify for the semi-finals along with the best runners-up.

The competition will trial new rules introduced by the GAA, which will be reviewed before the start of the National League in late January 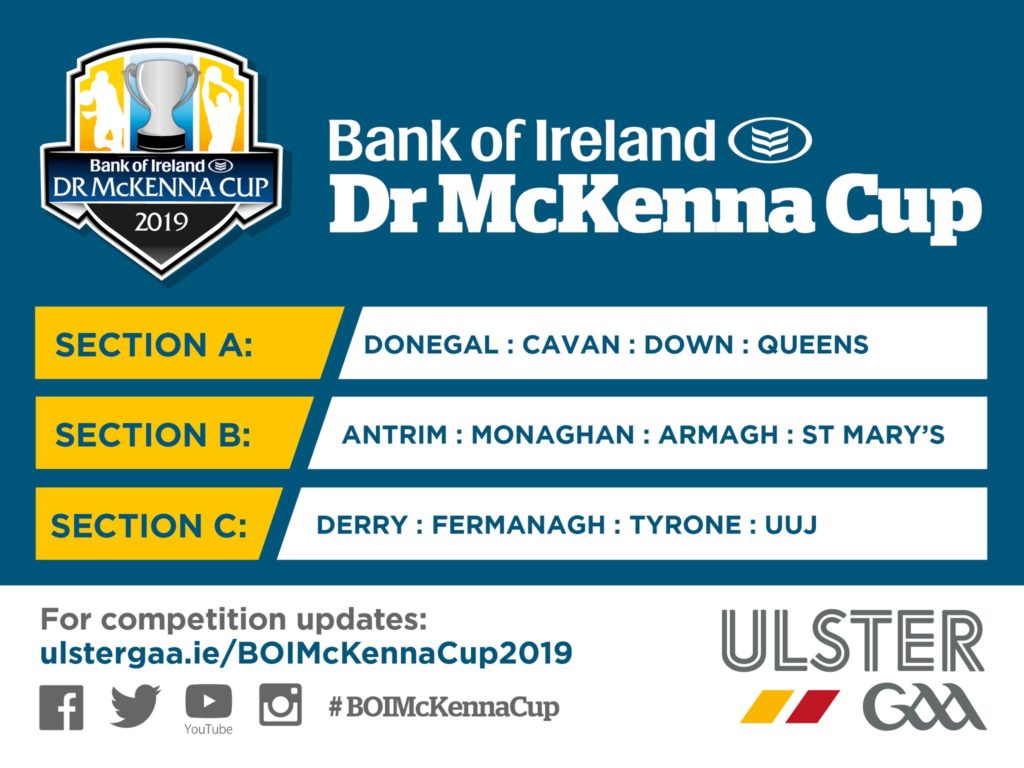