The Sligo, Leitrim & District League has announced that the mayor of Sligo, Hubert Keaney, will hold a civic reception to honour the CEO of the FAI John Delaney at 7pm on Tuesday, June 5, at Sligo Council Offices, County Hall, Riverside, Sligo. Special guests will be the members of the Sligo-Leitrim junior soccer side – winners of the Oscar Traynor Trophy July 1985. Invitations to this event will be issued in the coming week. 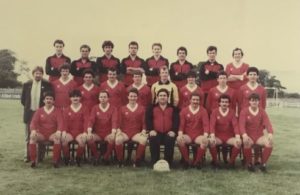