It’s one win and two defeats so far for Sligo Rovers ahead of tonight’s visit of newly-promoted Waterford to the Showgrounds.

Last year’s First Division champions have spent big in the last two seasons and have won two and lost one of their three games since returning to the top-flight.

The impressive wins came at home to Derry City and St Patrick’s Athletic, while the defeat came away to reigning champions Cork City.

Rovers have also beaten Derry, but have lost at home to Limerick and Cork already this season.

Rhys McCabe is suspended for the Bit O’ Red tonight after his late sending-off in the 4-1 defeat to Cork last time out, but Raff Cretaro and Regan Donelon could feature for the first time this season after returning to training following injury.

On-loan Kilmarnock left-back Calum Waters could push for a first start after making his debut as a second half substitute in the Cork game.

Here’s boss Gerard Lyttle on the defender and that performance…

It’s Waterford’s first visit to the Showgrounds since a FAI Cup semi-final in 2009.

Kick-off is at 7.45pm and the game will be live on Ocean FM thanks to JBG Security, with former Rovers defender Alan Keane once again joining Ocean FM’s commentary team.

Tonight’s other games see Cork City bring their 100 per cent record to Oriel Park to take on rivals Dundalk.

Bohemians host St Patrick’s Athletic in a Dublin derby; Limerick are at home to Bray after the two sides shipped 14 goals between them in their last matches; and Shamrock Rovers host Derry City.

Harps have recruited a number of Donegal players to strengthened their squad since their relegation from the top-flight, and commercial manager Aidan Campbell is hopeful the Donegal public come out to support the local team…

Kick-off is at 8pm in Ballybofey. 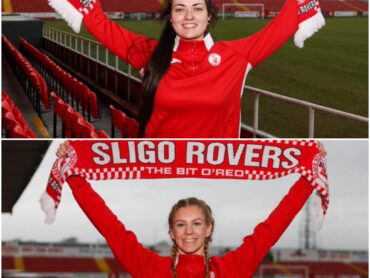